Launch of the LED lighting project in the Municipality of Thermaikos

The launch of the project of replacing the existing municipal lighting with new modern LED lighting by Dastei Systems SA in the Municipality of Thermaikos was officially declared in the Town Hall of Thermaikos. The Mayor Mr. John Mavromatis, President and Legal Representative of Dasteri Systems SA, John Dasteridis as well as several executives of Thermaikos Administration attended the formal event of the opening of this flagship project. The press conference was held in the same area. The placement of the 4,500 brand new LED lighting fixtures and the 10,000 bulbs in the eight municipal districts of the Municipality starts immediately, while the completion of the project is estimated by the end of 2018. 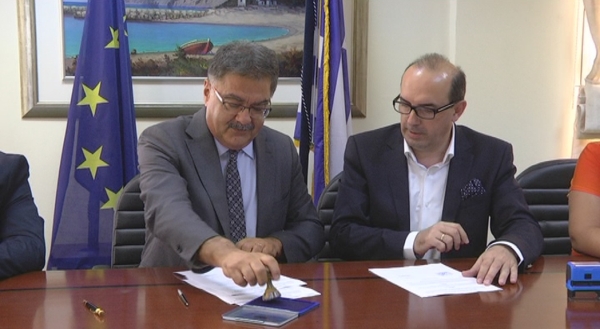